Poor Mayor Eric Adams, he just cannot catch a break with the explosion in crime that has laid siege on New York City. All of which has made a mockery of all his campaign promises last year and his very short time implementing policing policies to bring crime down. Adams has tried everything so far, restoring NYPD gun patrol units (under a new brand), restoring “broken windows” style enforcement, and beefing up police deployments in the subway and it has yielded mitigating to zero results. Adams’s failures are profoundly emphasized in the persistent gun violence in the five boroughs and the underground lunatic asylum and violent dystopia that is the NYC Transit System with random attacks still happening on the regular and two nationally recognized shooting incidents on the same transit line with the mass shooting by Frank James and the most recent random shooting and killing of commuter Daniel Enriquez on the N train a few weeks ago.

Now left to his own devices and with all these morale crushing crises and adding to his most recent proposal to deter rising crime to censor words on social media platforms, Mayor Adams thinks he has the solution to stop ascending crime stats and to bring society in NYC back to normalcy, not by expanding the man/woman powered resources and services the city already has and spends billions upon billions on every day but on metal detectors that the Mayor wants to place everywhere where people commute and congregate . Although Adams insists you don’t pejoratively call them metal detectors, for these are “weapons detectors”, scanners programmed with artificial intelligence manufactured by security corporation Evolv.

Although it’s not like this just came out of the blue, Mayor Adams has been harping about these scanners for months, practically marketing and promoting them for the chosen tech company that has their product scanning every individual going into stadiums and arenas all over the nation and Hizzoner wants these babies to be placed in the subway and the city’s schools.

The mayor gave the Evolv scanners it big debut in the public square at the gated entrance by the steps at City Hall before his grand announcement of the beginning of a trial run before they get placed in high crime hot zones and public buildings and popular destinations. And as expected with every other Adams grand presentation, something went horribly and hysterically awry. When CBS New York’s veteran correspondent Marcia Kramer went through the gates, she triggered the A.I. alarms with her IPad because of the binders she kept it in gave off the shape of a gun just like when a cop passed through and the AI revealed the same thing with his own weapon.

To illustrate how retarded these detectors are, here’s a juxtaposition of the NYPD’s government issue 9mm Glock and Ms. Kramer’s tablet accessory. 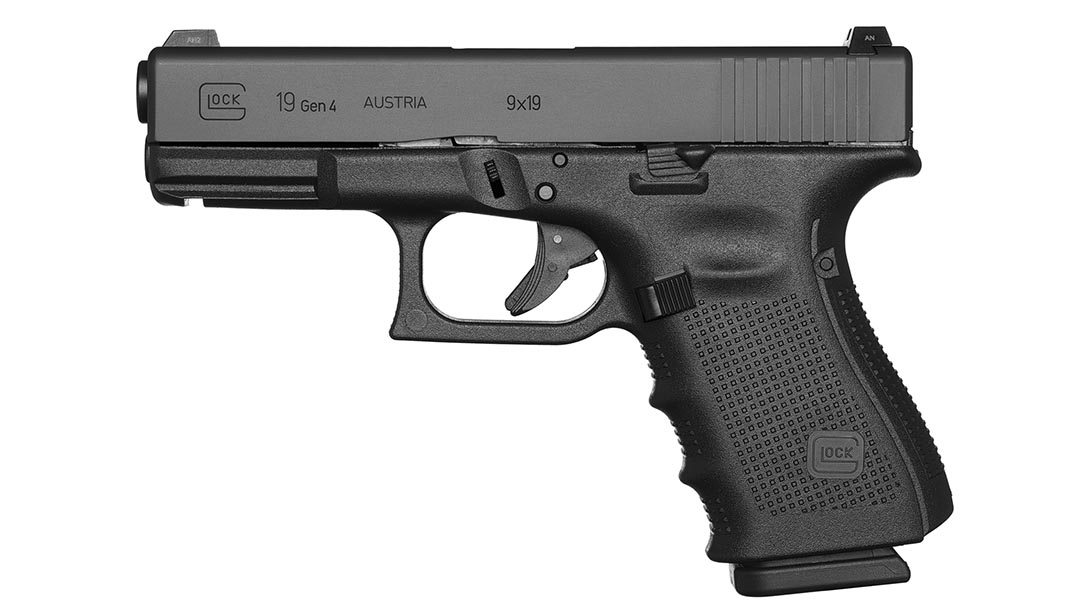 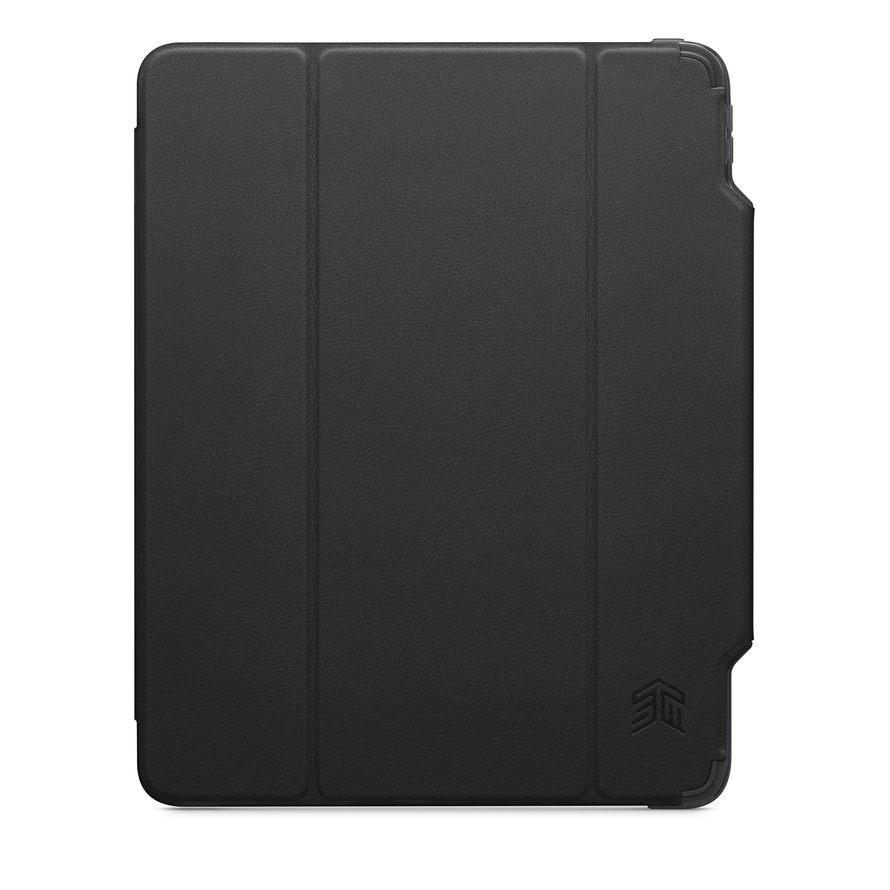 During Adams’s press briefing following his sales pitch to his constituents about how Evolv will protect them from gun violence, Ms. Kramer brought up an gun confiscation incident in a public school in South Jamaica, Queens that was successfully accomplished by public safety officers, pointing out how human intelligence was sufficient enough to stop a potential shooting inside or near the school. But the only thing the visibly flustered Mayor Adams acknowledged was the proliferation of guns but not the human effort to stop them so he continue justifying the purported essential need for the Evolv gun detectors to be a common facet in New Yorker’s lives and also tourists coming to this city.

Mayor Adams and Evolv’s surely have valid reasons for wanting these scanners all over the place, but it’s mostly to assure a quick and very abundant cash flow for the corporation and their investors and for the tech enthusiastic and gleefully agency captured Adams to reward his donors for spending so much to get him in City Hall than it is about the public safety that the mayor promised to bring back to his constituents. Adams obtuseness and willful obliviousness wholly lines up with Evolv’s well documented faulty scanners.

Only a few days before the “test pilot” announcement, a story came out about another grand presentation public safety product by Mayor Adams while he was Brooklyn’s borough president of a new weapon called Bolawrap, a gun designed to shoot cables at fleeing and encroaching criminals legs, causing them to fall on the ground making them easily detainable (bet these would have been used against protesters too).

Then BBP Adams put a test pilot on this ludicrously cartoonish weapon and was  rightfully mocked on social media platforms as Spiderman’s web shooter and Batman’s Bat lasso gun he uses against costumed villains henchmen and for climbing celebrity residential buildings.  They eventually were instantly rejected by the NYPD because of it’s similarity of sound to their service guns when fired (although not because of the prospect of lawsuits that would follow once these lasso guns were used), but not before the bolawrap stock value got elevated on Wall St. and the corporation and investors of the bolawrap were able to make massive profits during the short time during Adams’s incessant promotion of the device, which included his lawyer, Crooklyn Dem Party crony and current chief of staff Frank Carone who was able to pocket and plunder over a cool quarter million from the brief public safety weapon trial run and was able to use that cash to contribute to Mayor Adams’s PACs and mayoral campaign as Wrap Technologies CEO did the same with his newfound riches of his failed product, donating five figures to bolster Adams’s ambitions for higher office.

You don’t have to be much of a detective to figure out the same pattern going on here with Evolv’s weapon detectors and Mayor Adams desperation pitch for them. Because it’s deja vu pay to play all over again since two of Evolv’s biggest investors donated a million dollars to Adams’s mayoral campaign and are sure to get another rampant cash windfall from the weapon scanners pilot as well. In fact, Evolv’s own business model is set up for take the money and run schemes that opportunistically take advantage of tax payer funded municipal experiments.

From the New York Focus:

Last year, after introducing an upgraded version of its smart body scanners — which the company says can screen more than 3,600 people per hour, 10 times faster than a traditional metal detector system — Evolv went public. It did so by merging with a special purpose acquisition company, a publicly traded shell corporation set up by investors to merge with or acquire companies that want to avoid the multiple rounds of fundraising, business plan refining, and prolonged scrutiny that accompany the traditional initial public offering process.

The year before going public, Evolv made less than $5 million in revenue, according to investor materials published by the company. But the merger and subsequent fundraising quickly earned Evolv $470 million in investments and a $1.7 billion valuation. Such disparity between earnings and valuation isn’t uncommon in the tech space. But it forces companies to focus on growing as quickly as possible — which can lead to overplaying their technology’s capabilities, according to watchdogs.

“If your business model is heavily dependent on sales and marketing to bring awareness to your product, you want to be as strong and as aggressive as possible,” IPVM’s Maye told New York Focus and Fast Company.

Evolv’s neoliberal business model  sort of makes you wonder if Mayor Adams and his NYPD’s lagging efforts to fight crime is to justify placing their scanners everywhere, thus giving them a monopoly on security the way Citibike has on the bike share system, exploiting the rising crime rates as a shock doctrine final solution to stem gun violence. What’s surreal about this is that the regulatory captured City Council and Borough Presidents also shamelessly promote Citibike with the same shameless and mindless fervor Adams is doing with these proven faulty gun detectors so all his donors can obscenely profit from the new fear city atmosphere in the prospect that the citizenry will acclimate to the sight of these in train stations.

One things for sure, the Product Placement Mayor’s obtuse defense of this shit product to make them ubiquitous throughout the city is an immensely lazy response to stop the shootings, killing and myriad other gun related felony crimes that wholly jibes with his desire to censor “violent words and phrases” and the collective tech bro philosophy that artificial intelligence is and should be the default solution to society’s ills and the recovery of cities. And its actually something that the NYPD, mass transit and civil liberties experts are in solidarity agreement with; that these weapon detectors will only cause mass inconvenience than assuring public safety for all that has to deal with them on a daily basis, mostly commuters and the cops that have to monitor them and not those who will profit from them in the safety of their town cars and luxury condos and homes and their government offices and own police protection service.

Mayor Eric Adams like to say, with persistent repetition almost every day, that “public safety is the path to prosperity”. But with these garbage scanners it’s painfully obvious that prosperity for the few and powerful is being prioritized over public safety for his tax paying constituents and their children.