A human skull was found outside a Queens home Monday morning, police said.

The city’s medical examiner responded and determined that the remains were human and had no sign of trauma, police sources said.

There were no further details immediately available.

It’s not everyday the NYPD reports a skull lying on the sidewalk in a residential area. But in the obviously click bait generating article (which is not even truncated here and the Post used a google map crop for the lede photo), the home the NY Post is referring is an abandoned zombie house that was cited for a full vacate by the Department of Buildings back in 2019 after a fire and from the looks of it, it might have been abandoned even longer before that incident.

So might as well provide some further details the NYPD couldn’t provide (or wouldn’t).

Looks like there’s a vacate order and other documents taped inside the door. There was also a summons left by the Dept of Sanitation taped to the fence.

Conspicuously absent from this scene of the grisly discovery was the NYPD themselves. If watching TV cop shows in the last 3 decades taught me, is that usually after a crime scene investigation when a dead body or human remains were found, there’s usually a thorough clearing of any detritus and collecting of any DNA in the area. It’s like they found the skull, surely on a tip, saw this mess and said fuck it and split, and lets only tell one news outlet about the macabre find.

You didn’t need to be Gil Grisson,or Bunk and McNulty to figure out how the skull was discovered though. Garbage bags were lying on the grass by the front entrance. It’s highly possible a dog sniffed around and discovered while some person was taking it for a walk. They were oddly shaped too as if other body parts were jammed in them and they look more like they’ve been lying there for months on end. Plus discarded clothes were found underneath a truck that seemed to belong to the NYC Department of Transportation.

Other discarded items were found outside and inside of the property, like this loveseat and a pair of red sneakers.

More unsightly trash was lying around the other side of the house at the 109 Ave. entrance. Along with police crime scene tape that was used the day before crumpled on top of the stinking pile, giving the appearance the cops didn’t want to bother discarding their accessories when they were done and took the opportunity to dump their shit here because it’s already a hellscape.

Although every window is boarded up, there are signs of easy access to the house for squatters. But if there was any difficulty getting in, the camper in the backyard would make a convenient substitute for shelter.

Perusing the D.O.B. files, not much is known about the prior or even current owner of this blighted property, but this home is steeped in Queens history. It was built and owned nearly a century ago by Abraham Van Sicklen, whose father was a New York supreme court justice who also owned a famous mansion in Jamaica and grandson of a renowned farmer in Brooklyn (nearby the train station that bears their name, sans the k). 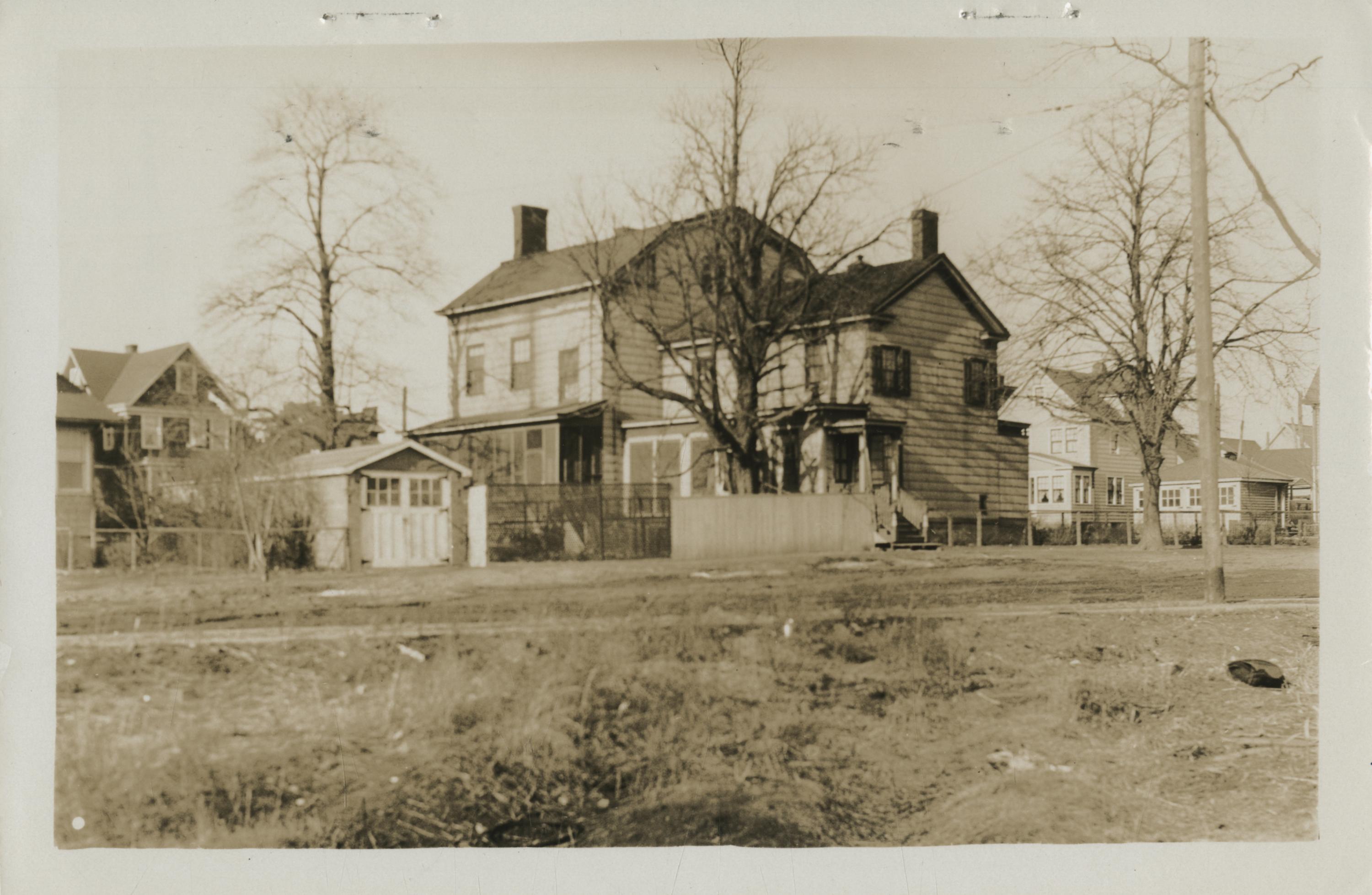 Another thing steeped in Queens history is how the city’s landmarks and preservation office doesn’t take the borough seriously leading many houses of historic significance being abandoned and left to rot in perpetuity, particularly and notoriously in Jamaica, where critical mass foreclosures still grip the area and heinous blight like this is taken for granted by district officials, community boards, cynical residents and most recently by the NYPD.

Just like the NY Post blurb story and like the trees and weeds engulfing the property, this old house will continued to be overlooked and waste away, obscured and enabled by city indifference and negligence.

Update: A tip from my related blog Queens Crap  found out the owner is a elderly woman in her 90’s.  Another tip from that blog’s comment thread by Paul Graziano says the house is a lot older than what the city records said and is actually 170 years old. Safe to say that this might be as close to the 9th wonder of the world being that its still erect after a fire and negligence.