A firefighter tragically died as the ladder he was on clearing smoke from an apartment building roof in Ridgewood malfunctioned and he fell 5 stories to the ground. This is the second death involving city emergency units, the other being the tragic death caused by a rabid drug fueled thug to courageous EMT worker and single mother Yadira Arroyo.

William Tolley was not only a 12 year veteran of the FDNY, but an accomplished and acclaimed musician of death metal band Internal Bleeding that had fans spanning the world. They have 2 eps and 5 albums, including 2 sensational releases from the past 3 years.

Truly a terrible loss to the community and music world. What music he could have made with his band when he retired, because death metal is the only rock and roll music with any vitality and he surely would have had a full time career fulfilling his talent. 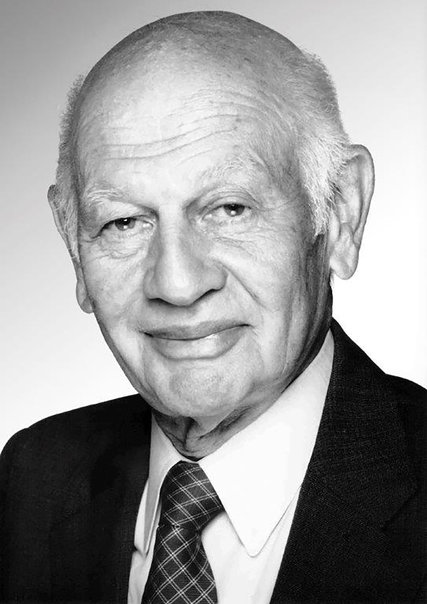 In 2015, two extraordinary federal corruption trials in New York led to the convictions and resignations of the state’s two most powerful legislative leaders in Albany and exposed long-hidden bribery connections to Mr. Litwin’s empire, laying bare a seamy world of payoffs, political favors and legislation that reaped staggering profits and savings for the real estate industry, and for Glenwood Management in particular.

Mr. Litwin was not charged with any crime, though he was named a co-conspirator in one case, and never appeared in a courtroom for either trial as the juries convicted Assemblyman Sheldon Silver, a Manhattan Democrat and former Assembly speaker, and State Senator Dean G. Skelos, a Long Island Republican and Senate majority leader, of bribery, extortion and conspiracy charges.

In both trials, prosecutors showed that Glenwood had received favored treatment in Albany by giving $10 million to political campaigns since 2005, mostly through a maze of 26 limited liability companies. Under a nonprosecution agreement, Mr. Dorego, a senior executive of Glenwood, testified that payoffs to leaders and members of the State Legislature assured Glenwood of continued benefits in taxes, state financing and rent laws. One program alone, he said, saved up to $100 million.

In the Skelos case, the jury found that the senator and his son, Adam B. Skelos, had pressured Glenwood and two other companies into providing benefits worth $300,000 to the son, who was also convicted. By naming Mr. Litwin a co-conspirator of Dean Skelos, prosecutors were able to elicit testimony from Mr. Dorego about conversations he had with Mr. Litwin on the amounts and recipients of payments.

While Mr. Litwin carefully avoided publicity, he was in the news periodically for his political donations. Campaign finance records showed that over many years he gave millions to governors, state legislators, City Council members, candidates for office, and Republican and Democratic organizations. Public records also showed that he spent millions on lobbying.

In July 2013, the New York Public Interest Research Group reported that Mr. Litwin had given Gov. Andrew M. Cuomo a total of $625,000 in campaign contributions since December 2010, apparently making Mr. Litwin the governor’s largest donor. At the time, Mr. Cuomo was raising $1 million a month from contributors for his 2014 re-election campaign.

Mr. Litwin also gave large sums to former Gov. Eliot Spitzer, a Democrat, and to many Republican officials, including former Gov. George E. Pataki and state legislators, particularly members of the Senate who favored real estate interests. Money trails in the 1990s showed that Mr. Litwin and other developers were heavy supporters of Republicans who pledged to abolish or limit tenant rent protections.

Like other wealthy campaign donors, Mr. Litwin circumvented contribution limits by funneling many smaller gifts through dozens of limited liability companies he controlled. While legal, such gifts are worrying to advocates of campaign finance reforms, especially when the donations are made by individuals or companies doing business with the government.

While politicians tend to minimize the impact of such donations, tenant advocates and others contend that the money is a prime mover in debates over rent laws and state and city regulations affecting the real estate industry. In any case, Mr. Litwin’s corporation benefited from special state financing, tax breaks, construction subsidies and other largess.

In 2002, federal investigators said Mr. Litwin and dozens of other property owners had received illegal tax breaks arranged by a consultant who was charged with bribing tax assessors in a scheme that cost the city $160 million in revenue over four years. But the suspect, Albert Schussler, died of a stroke before he could testify, and Mr. Litwin and other owners denied knowledge of a crime and were not accused of wrongdoing.

Liberty Plaza won approval for nearly $100 million in special state financing and a 20-year real estate tax exemption, and was the first new apartment building erected in Lower Manhattan after the terrorist attacks of Sept. 11, 2001.

Congrats, you got away with it. And influenced a new generation of unconscionable avaricious and opportunistic power hungry scumbags. Thanks for having the decency to avoid running for president of the United States.